A fabulous day in the Exumas 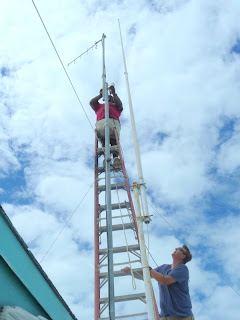 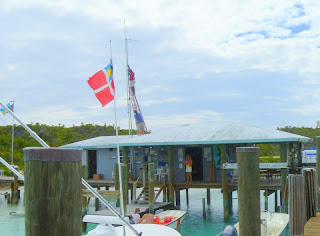 This day started out on top of Tucker's office at Compass Cay. Will and I have ran proper harsh environment cabling to all the new WIFI access points at the marina and the last step of this project was to put a directional antenna up as high as possible in an effort to link to boats at anchor on the bank in front of Compass Cay. Will was a bit tentative about crawling up the ladder that we had leaned against the pipe that's being used as a mast. Tuck laughed and said he had no problem with this. He said, "I been climbing palm trees for water since I was a boy, that's nothing."

So after work was done we all jumped in the Albury and ran south for about 30 miles to Farmers Cay. Along the way we stopped at Great Guana Cay to check out a cave. 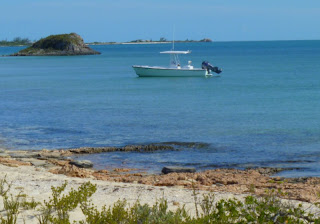 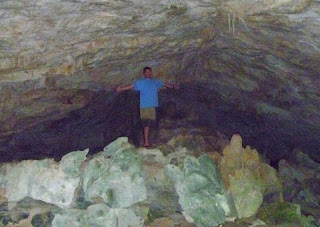 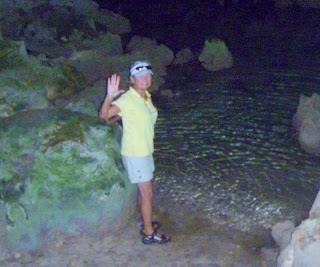 These pics didn't come out very good because I was using a little pocket cam in the low light of the cave; the cave was very deep, dark, and cool. It's a bit of a hike to get to, but very much worth the walk. 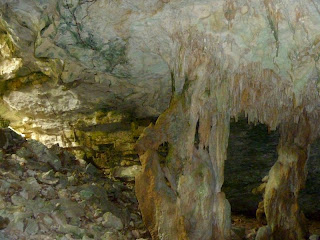 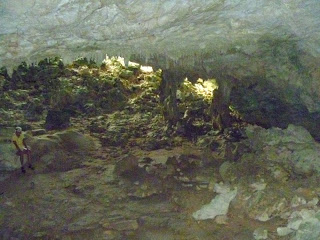 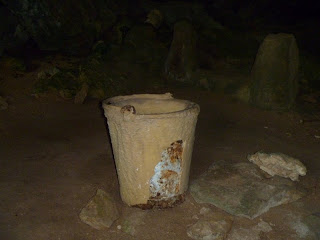 This old bucket has turned to stone over the years and I was told it has been here for many.
Because of the ongoing drought, it was dry on this day, but normally it's filled with fresh water that has been filtered through the rocks above. It's a tradition for one to drink from the bucket when visiting this cavern. 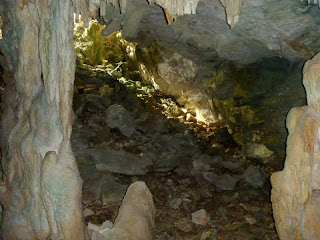 Then after leaving Great Guana we made way to Farmers and the best lobster we've ever had.
Walking up the hill to Ocean Cafe we saw these little ones playing and having fun. 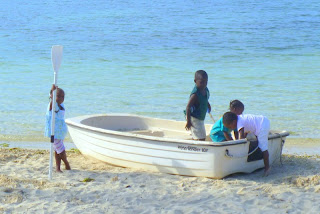 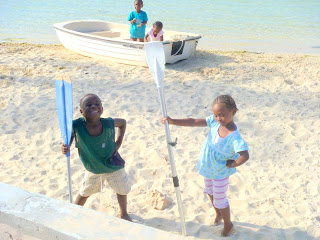 These two wanted to pose for a shot. They seem like naturals at this. They giggled when I showed them their picture on the camera screen and like kids do, pleaded, "Do it again." so I did.

At Ocean Cafe we met Terry Bain; a very interesting, very intense, and quite a gentlemanly fellow. He and his wife Earnestine own and operate the restaurant. The lobster was perfectly cooked, broiled in lemon, butter, and Ocean Cabin sauce. (not sure what Ocean Cabin sauce is but it was delicious) If you're ever close, you must go to Ocean Cabin and let Earnestine prepare you a lobster.

Terry is known for his passionate activism in regards to keeping the Exuma Park natural.
His battle? Read here... Bell Island in the Exuma Land and Sea Park... being unearthed?
Read his article in the Bahama press here. Did Police in Exuma Plan to Kill Terry Bain? 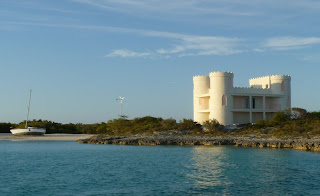 We left a bit early so we could make it back to Compass before sunset. Along the way we saw this Castle-like house. We ran closer and found it a bit peculiar. No windows and it appears no one lives here. Not sure what that's all about, but it looked very pretty from afar. 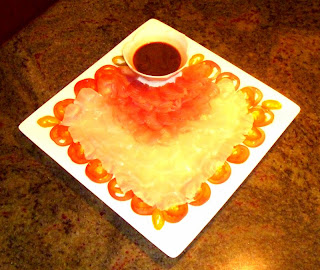 Upon arriving back at Compass, our friends aboard Contigo graciously brought down this beautiful plate of Wahoo and Tuna Sashimi on a bed of cherry tomatoes and jalapenos with a side of soy and wasabi sauce. Wow!! What a presentation. What a day!

Life on this day was really, really good.