Boats on the Bay


Yesterday, we passed these folks. They're heading to Solomons and taking the slip we just left at Solomons Island Yacht Culb.
We've met them before at Old Port Cove in Palm Beach.
In passing they hailed us on the radio to tell us about their trip to Nova Scotia.
Shear Madness along with 4 other Nordhavns formed a flotilla and cruised the shores of New England and Nova Scotia.
The Nordy Navy. 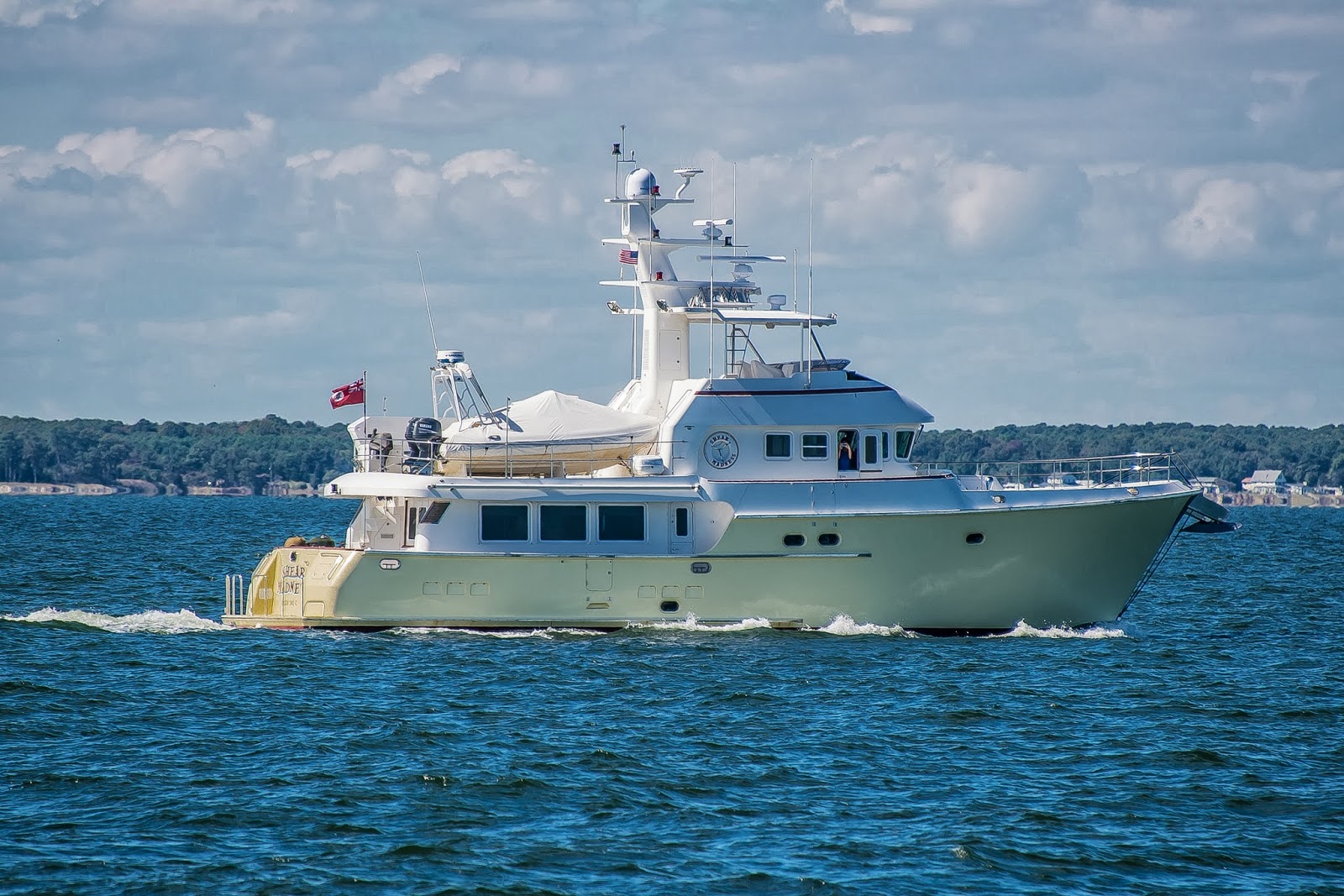 She's pretty with her yellow hull.

If you look closely at the pic you can see someone taking a pic of us also.