The little dude...   He was a tough little guy to raise, has the will of a badger.

Throughout all our years together Melonie and I have had many dogs and we've always been good at socializing them. She and I are foolish about our critters and we've never demanded tricks from our canine friends; just expected that they show us the same respect we show them. They all have and still do for the most part.

Muddy Waters was and remains different on so many levels. 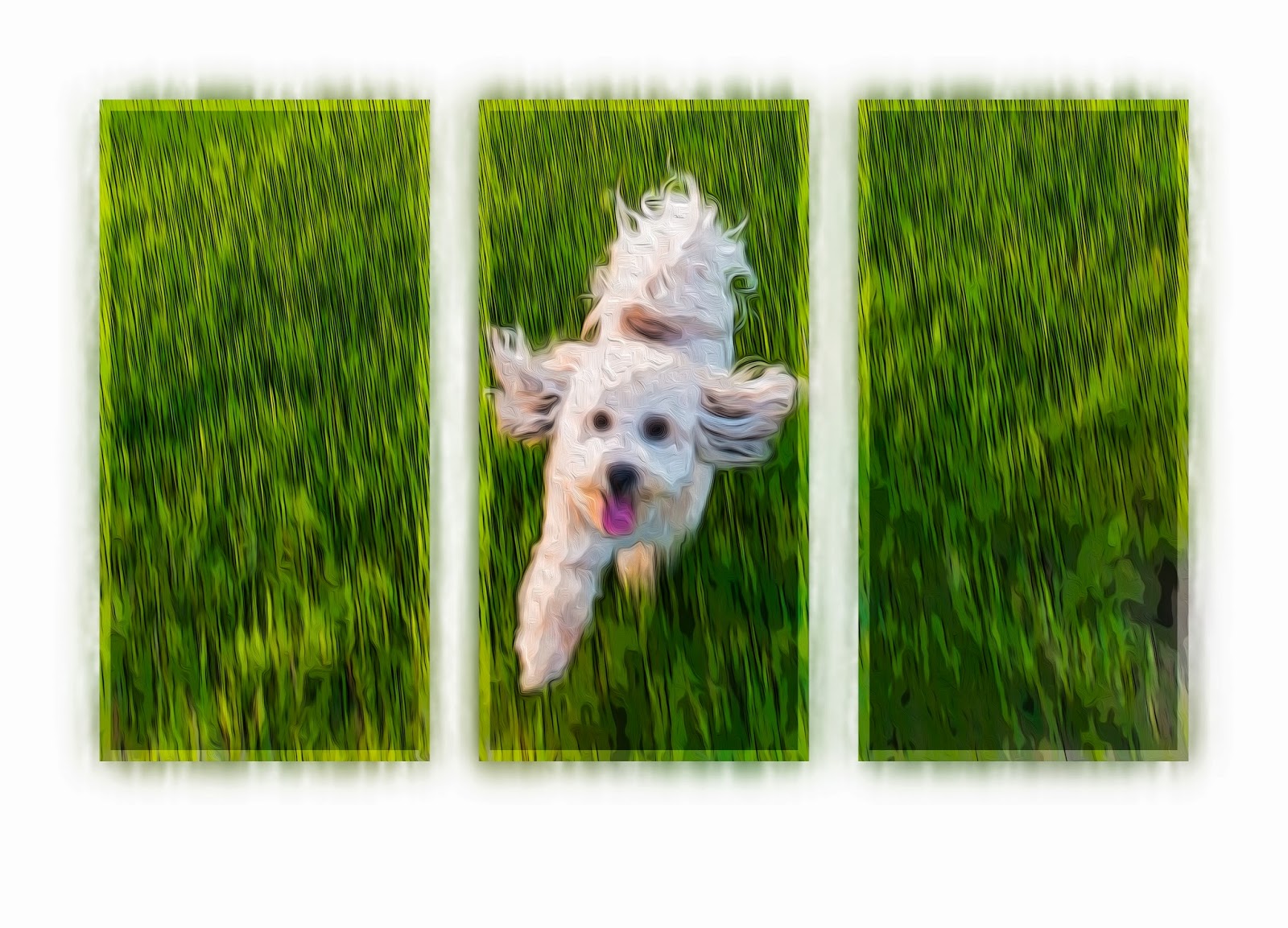 As a pup: Mel couldn't wear him down, I had no effect, even a trainer gave up on him saying, "some dogs just aren't trainable.". A shock collar would only contort Mud's fuzzy little frame as he went on doing what it was he wanted to do; didn't even make him blink.
But, through those annoying stages we could vaguely make out some good dog. He really wasn't that bad; he was actually a pretty nice little guy. Muddy was just going to do things his way — Dammit!
Unlike the text book Havanese — known to be hard to house break — he never once made a mistake inside the boat or house, he wasn't destructive at all. (He did chew through a large davit controller cable on the boat.) Though he'd never obey and come to us on command, Mud wouldn't stray more than a few feet away from us. When we'd attempt to leash him up he'd just look at us with smiling eyes and in playful defiance Mud would force us to take part in his game of "catch me if you can". Those who saw this behavior in a park or a marina got quite a kick out of watching us trying to coax Mud onto a leash. We'd be frustrated as hell, but he was such a comical little shit that we never really got mad at him. Radar would look at us all in disgust and in his eyes you could see his thoughts and almost hear him say, "Why is he here?"

That was the thing about young Muddy, you could never get mad at him — frustrated — yes, but never angry. Because once he'd get close to infuriating you, he'd sense it then do something so endearing and hilarious, your heart would melt and you'd laugh out loud at him.
The little bastard.

Radar was the trainer; the only one in this crew who could stop Muddy or have any affect on what Muddy did. Never overtly mean, Radar could grumble and make the puppy calm down and stop his obnoxious behavior. The occasional dust up followed by Radar snapping him was required at first, but soon, just a quiet guttural rumble and the "look" would put the young pup in his place. It still does.
Radar is also very protective of Muddy. He doesn't want us to see it, but it's there. Then something happened about 6 months ago.

Muddy's now a sweet little dog and a very integral part of this crew. He still likes to play the "catch me if you can" game, but he quickly let's us win. He's the most affectionate dog we've ever enjoyed the company of and his little soul is starting to grow into something quite noticeable. Where once was defiance there's now a glint of empathy in those eyes. He's seemed to realize, or maybe he always knew, that we're all in this together. We're a pack.

Don't get me wrong, Muddy can still be annoying. Those who visit Istaboa or our house will be greeted with a few shrill barks and if he likes them, a wet mouth. Little Mud leads with his mouth though he never bites.
But, for those who stay awhile...  he'll share the love and put on his show if he feels it's okay. He's quite the clown and he loves to entertain.

Muddy Waters was a tough one. The only dog we've ever had that made us think we couldn't handle him. In those days, Mel and I often said, "We had Muddy too late in life."

These days, life with Mud is pretty fun and now we all love little Mud.
But, truth be known... Muddy Waters won, he has trained us. 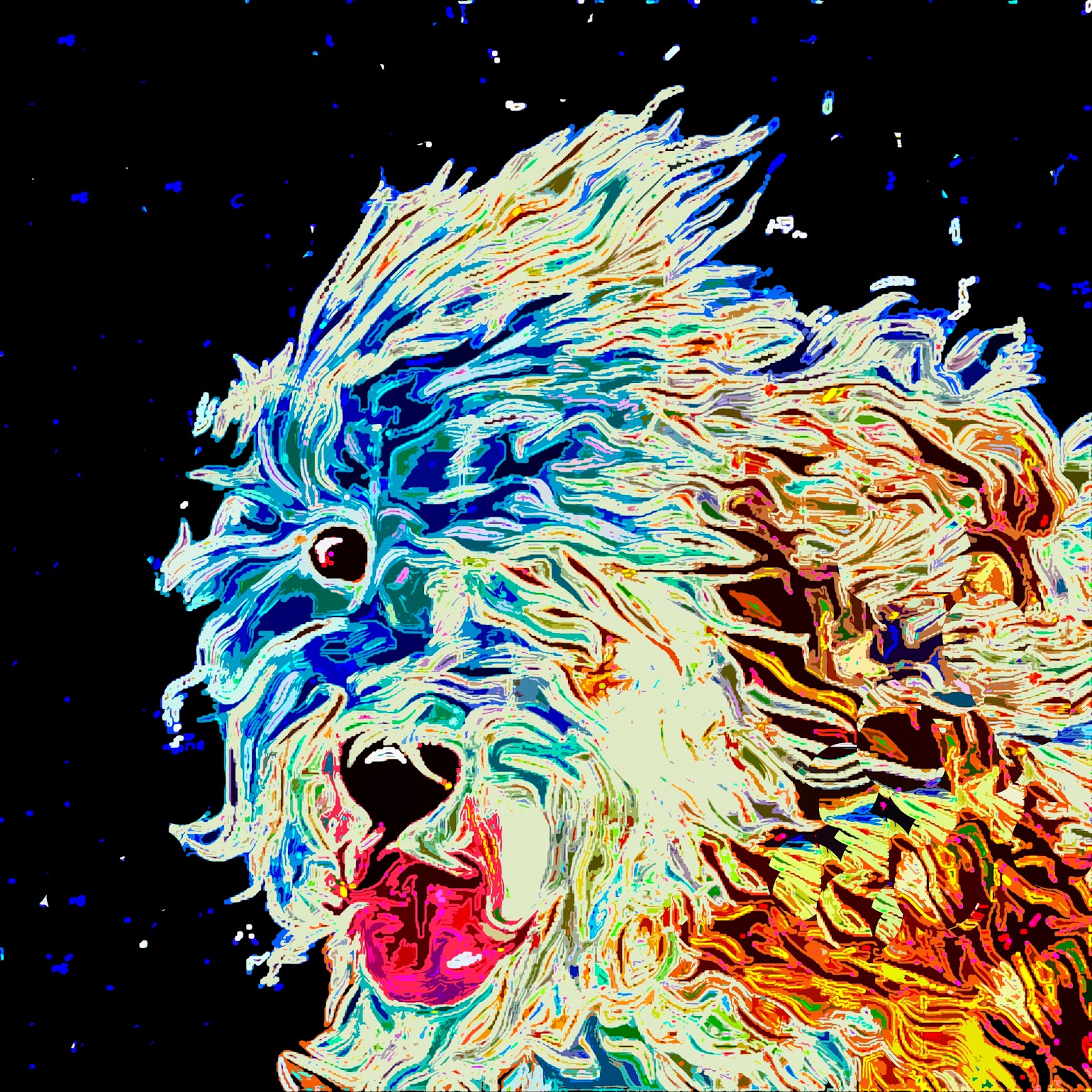 Muddy Waters' getting better all the time.