As posted earlier, Istaboa's in Sarasota, (I like saying that), hosting a trio of wireless internet gearheads while providing the perfect venue for the testing of all sorts of wireless mojo.

The first order of business was to completely remove the former WiFi provider's gear and replace it with onSpot's new Smart Access Points. These new Ruckus™ APs give us the ability to tune out the ugly overpowering radio frequencies and drive a strong clean internet signal directly into our customer's boats.
Today's boaters don't just want high-speed internet, they need it. It's an essential utility that supplies us with critical data such as sea and weather conditions, research on the next leg of a journey, the speed to download the latest charts, and the ability to quickly receive real time crowd sourced information.
In short, it's a must. And, yeah...  we do like to stream the latest episode of Game of Thrones and binge watch Breaking Bad when we're finished doing all that important stuff. 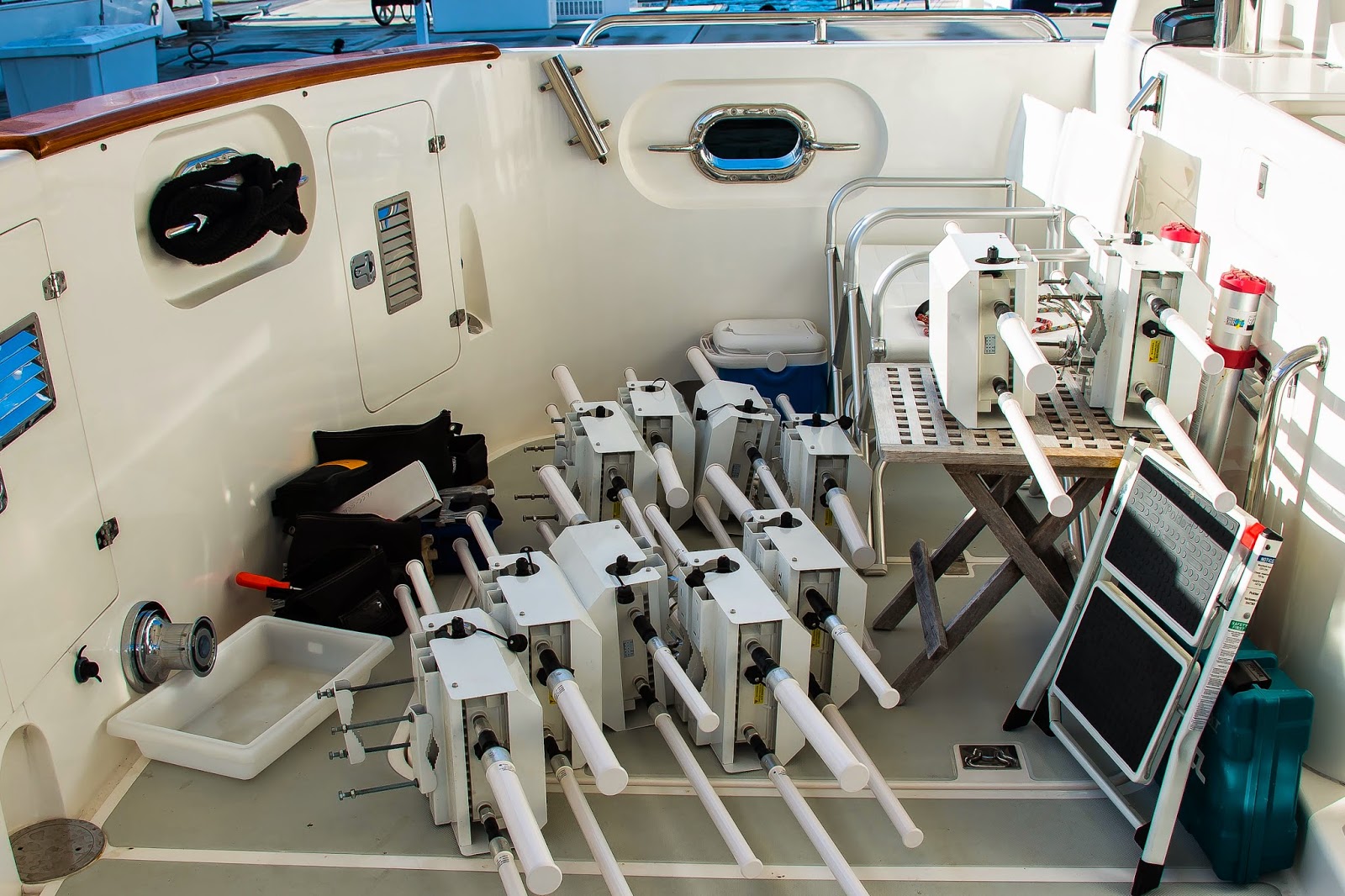 A boat load of WiFi gear that's being returned to it's owner. Out with the old.

After decommissioning the old hotspot, we went to work on our installation. Much research, planning, and design went into this hotspot and we're anxious to see our new network fly for the first time. 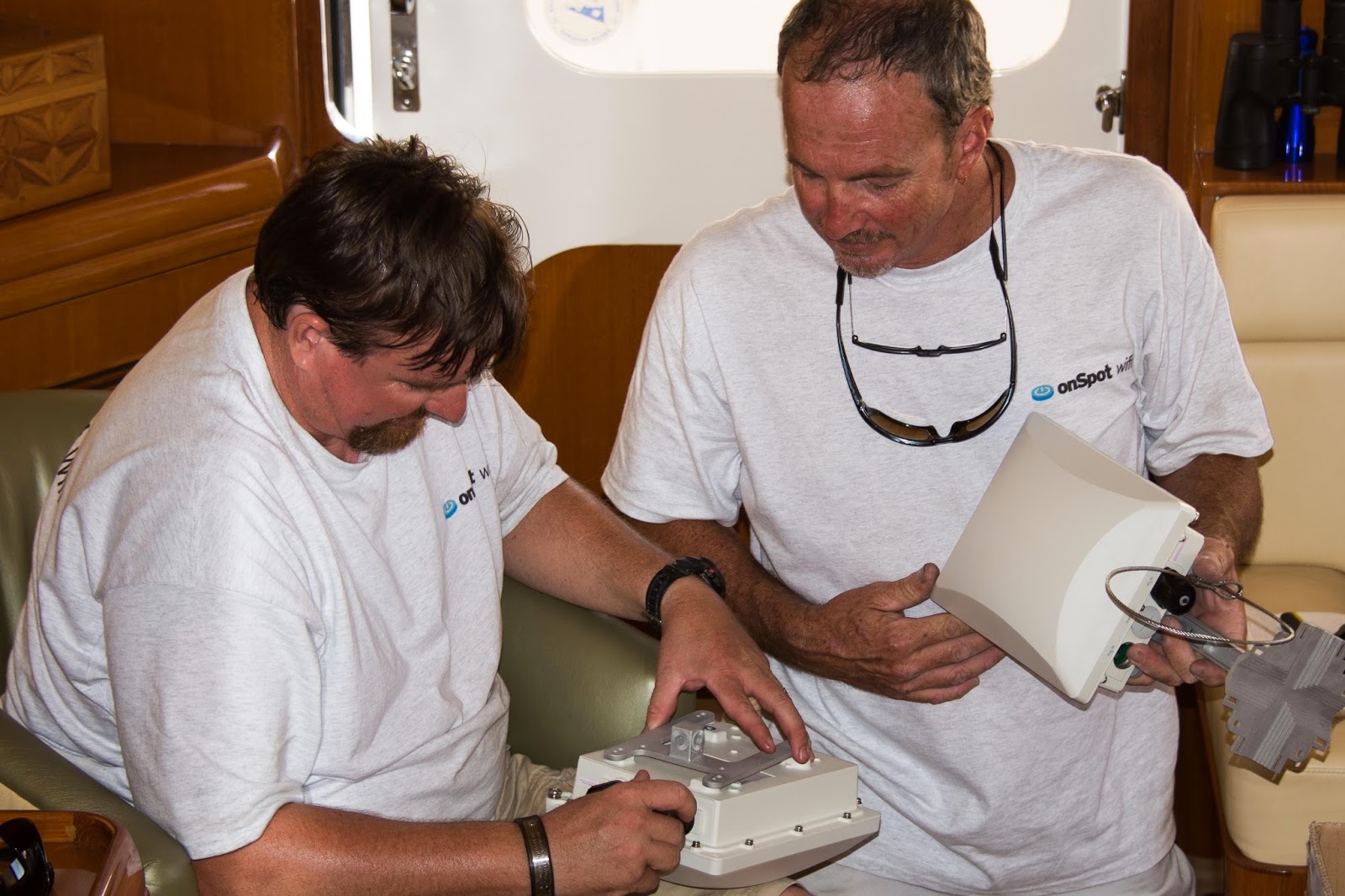 Will and Craig, the onSpot smart guys, assembling and configuring the Ruckus™APs before we mount them.

Since we've arrived at Marina Jack's, everyone here, from employees to boaters, has told us, "It'll never work." We disagree, but they just smile and say, "You'll see, that's what they all say.".
Undeterred by the skeptics, we continue on with confidence and a bit of reserved excitement; we know we're about to prove them wrong. The marina and their customers are going to love us. 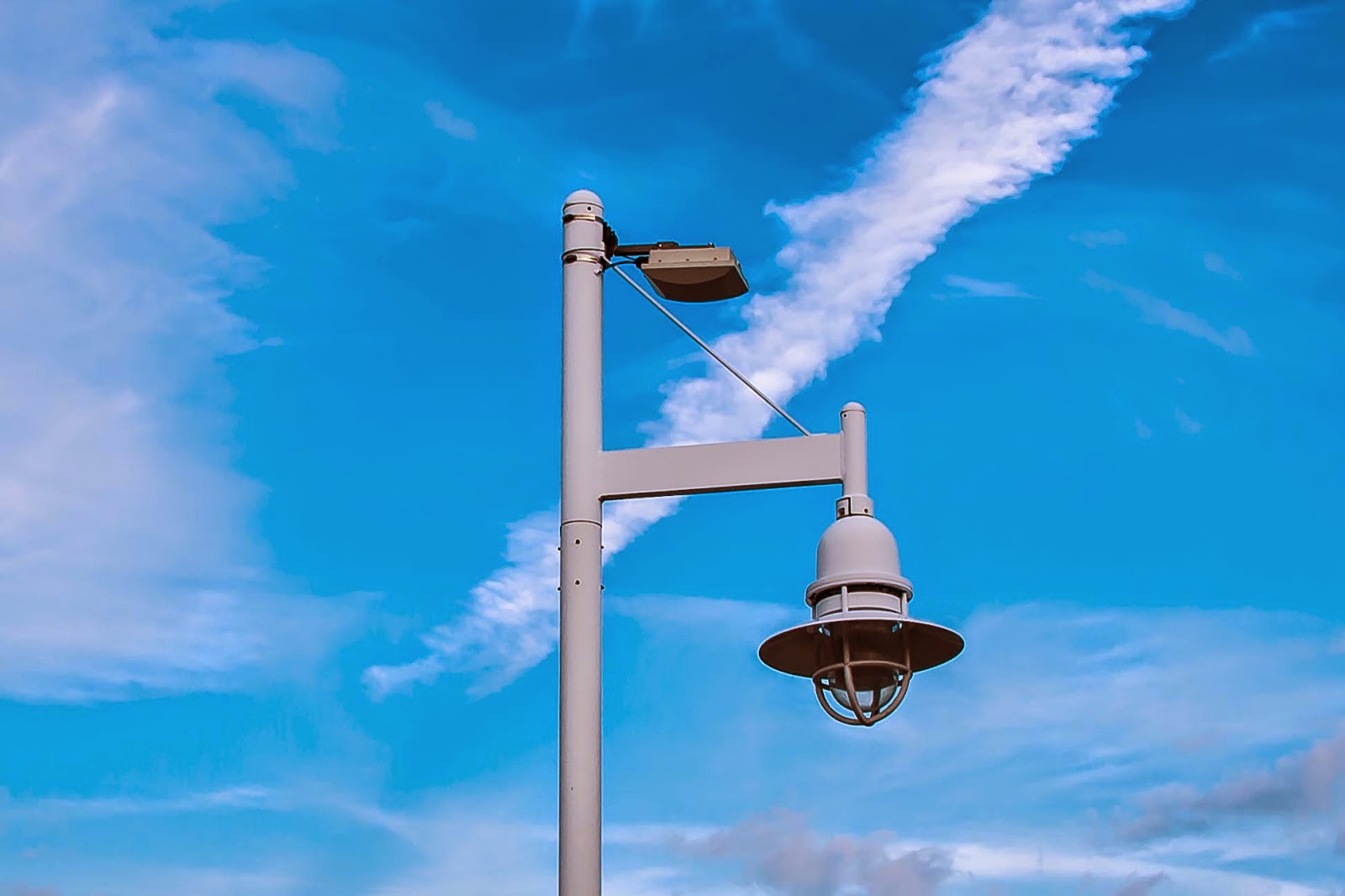 
As we're mounting the new gear, the local boaters and marina staff are watching us warily, a few ask questions, but most just continue to shake their heads while repeating the same mantra, "It'll never work."

It doesn't take long and the network is mounted neatly on light posts and high atop the roof of the marina building. No more big clunky boxes with large antennas protruding from all four corners, theses little APs are so small most folks don't even notice them. One fellow said, " You think those little things are gonna work? This is a big marina.".
Yep, we do.

So now we adjourn to Istaboa and start the real work.
Will has done most of the configuring and programming from the salon of Istaboa while I was running the boat across the state. He and Craig put the finishing touches on the gear then we waited on Comcast to show up and turn on our connection.

The next morning Comcast showed up on time (?!!) and we had bandwith.
Now's the moment we find out if our new hotspot is what we'd designed it to be.

The first blink of bandwidth and the APs lit up and I mean, they lit up. Almost immediately we had a very fast network, but we'd not done any fine tuning yet. We were very happy with the output after some tweaking. A few hours later, faces down in laptops and many scans of speedtest.net, we knew we had it.
We've truly cracked the code of marina wifi. We're seeing speeds in excess of 15Mbps and even faster on newer computers with 5G capability. That's very fast in this RF ridden environment.

I walk over to the office to brief Sam Chavers, the marina manager, who has already walked around to check things out. Still reserved with his opinion, he agrees it's pretty fast, but he's still worried if it'll continue after we leave.

This is my part of the gig.

I let Sam know that I'll stick around for a week or so and do my best to break the network while I work with the boaters to help them acclimate to the new system. I promise him I won't leave until he thinks it's stable. (I know, it's a tough job and Sarasota's such a rough place.)

Mel finally returns home after her tour of duty in Memphis and we finally have a chance to hang out in Sarasota as Crew Istaboa. She's been gone for 3 weeks, the boyz were missing her badly and so was I. We haven't been apart for such a long time in 30 years.

Update: It's been a week now, the staff and customers are getting used to the idea that onSPot wifi's hotspot is working well and will continue to work well. I even tried to place a wager with one employee...  $500 we're still working a year from now... he wouldn't take the bet. 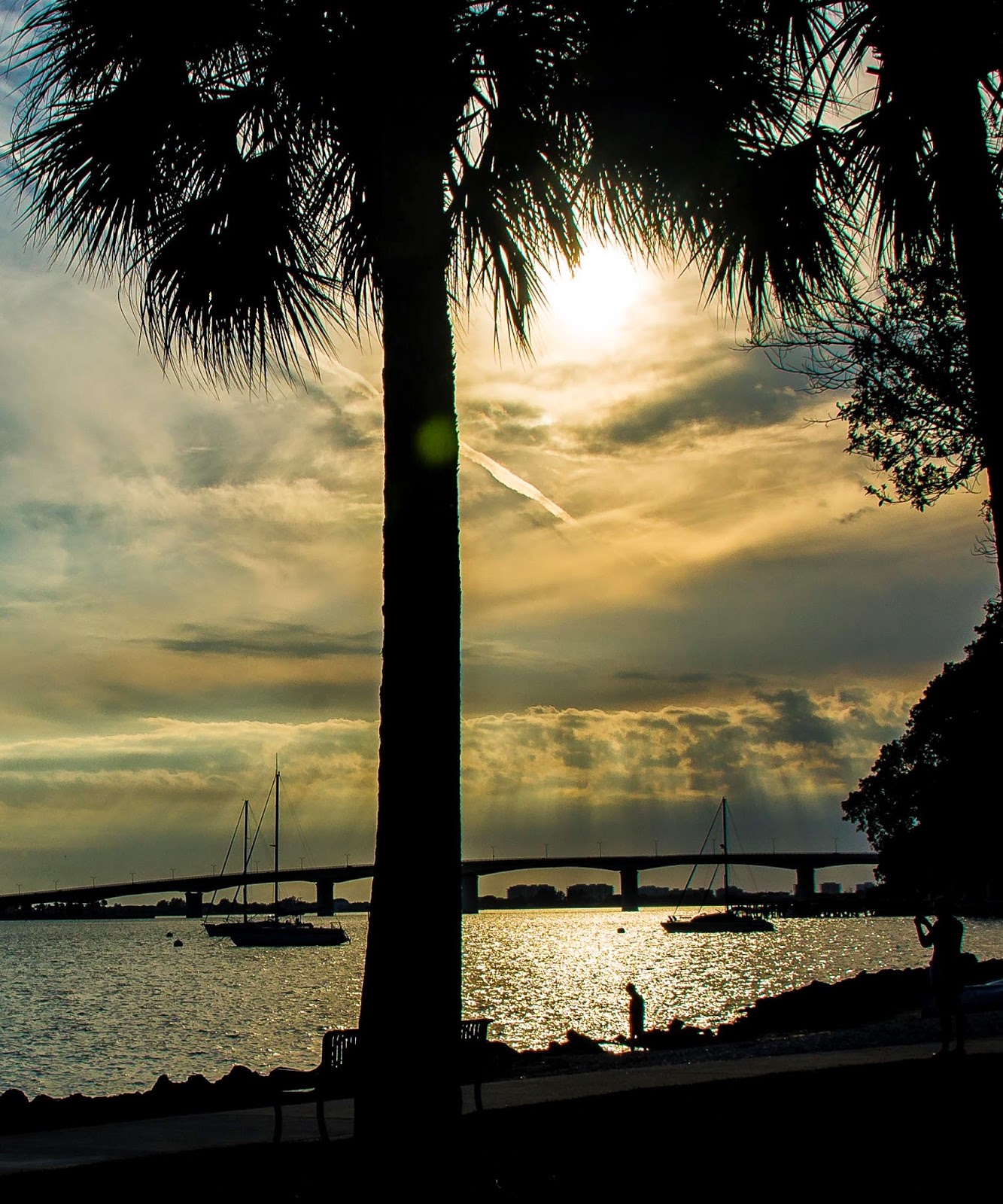 So at the end of the day, actually the end of the week, we've done what we set out to do.
We're fast, reliable, and we're truly a Better Marina WiFi Hotspot.