It's been a while since we've done an all-nighter. Several reasons why, but a couple in particular stand out.
Number one: Radar, our senior pup, has apparently developed sea-sickness in his old age. He's a smart dog so this all could be a show of protest, however he becomes distressed and his old heart does race; that's not good.
Secondly, me, my old ass. At one time pulling all-nighters was just how it was done and I was quite good at it, but that was long-long ago. These days, the appeal of the all-night run has faded somewhat. We've enjoyed and/or endured many sleepless nights at sea so a nice tie at a friendly marina sounds pretty relaxing at this stage in our life.

We enjoy running our boat alone; no crew, no friends aboard, just two dogs and two folks on a boat. This way our unplanned/wishy-washy cruising lifestyle inconveniences no one. While this tack does indulge our desire for independence, it also means we must do everything and that can sometimes be wearing.

So, yes, running all night will be tiring, but after adding up the pros and cons; bypassing the Florida ICW and running outside in the ocean under a full moon with clear skies and flat seas was the logical choice.

Leaving Ft Pierce was easy. Out the inlet, the forecast flat seas were as predicted so we turned north and stayed close to shore. Catching a happy current, we enjoyed 10+ knots all the way up to Brunswick. 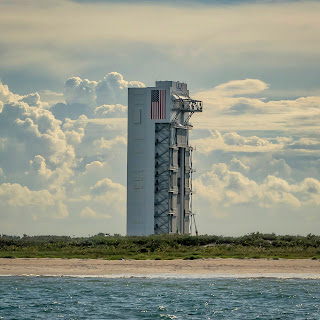 Rounding the point  at Cape Canaveral there's a shallow spot called Chester Shoal. To get around it, one can either stay offshore or run in close to the beach and Kennedy Space Center. Choosing the latter, it was cool to see the Space Center from this perspective.

Obviously no rockets were teed up for launch, we'd have never been allowed so close, but the historic significance of the place whetted my imagination. 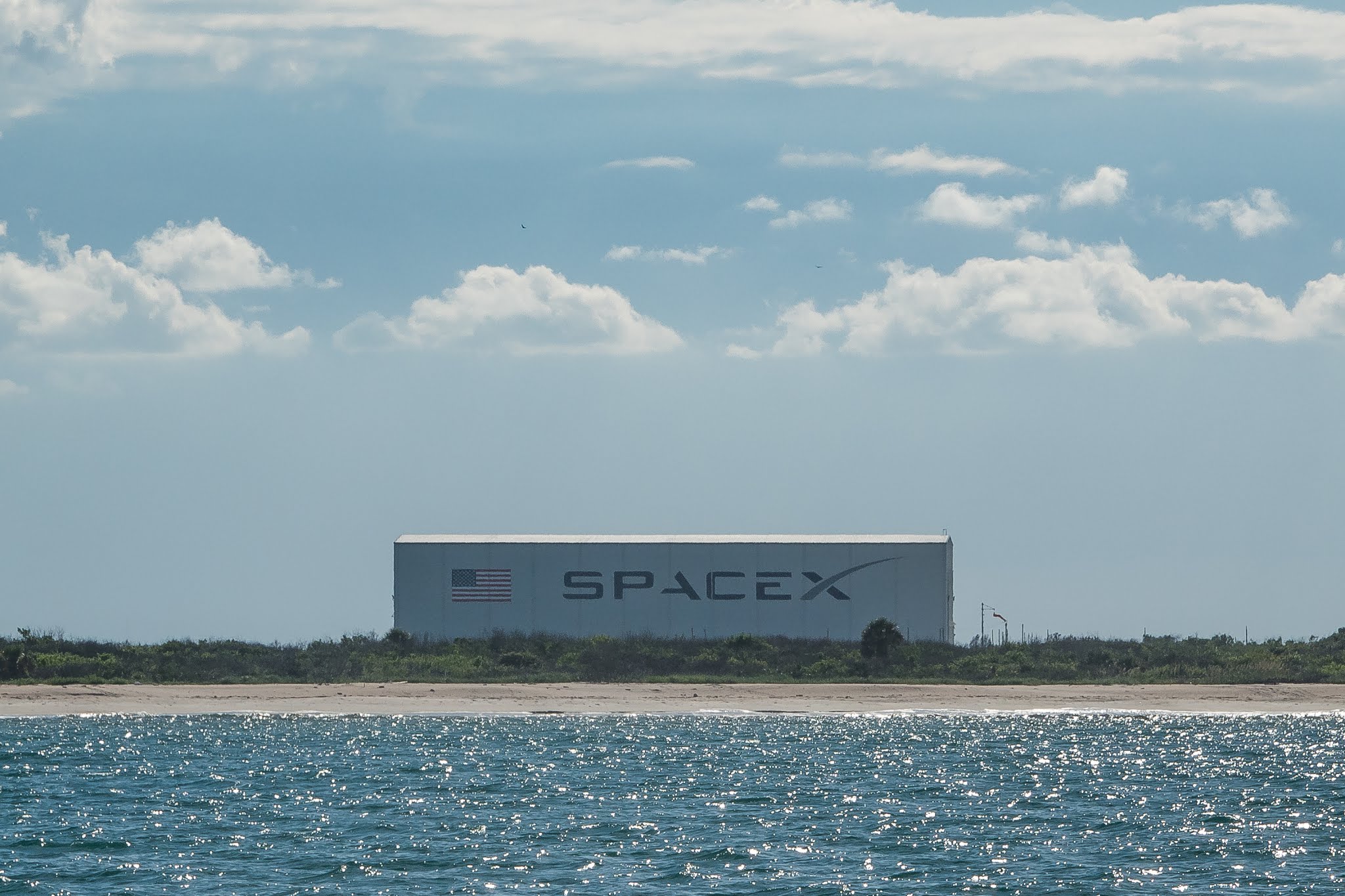 Once past the Space Center, other than a another stunning sunset, there wasn't much remarkable.

Staying within a few miles of shore allowed the use of cell phones and internet; both worked well most of the way and a little work was done. Almost zero traffic once darkness fell, though there was a tug out a couple of miles making about the same speed. He was heading north as well so we ran a parallel course with him all the way to up Jacksonville.

At around 4AM, somewhere out from St Augustine, we did encounter a fleet of shrimpers. The darkness certainly wasn't going to give up a photograph and the shot below is as good as it got.

The shrimp boats working slow figure eights with their bright flood lights against the dark of night created a visual that was surreal and otherworldly; it would have been an interesting photo. 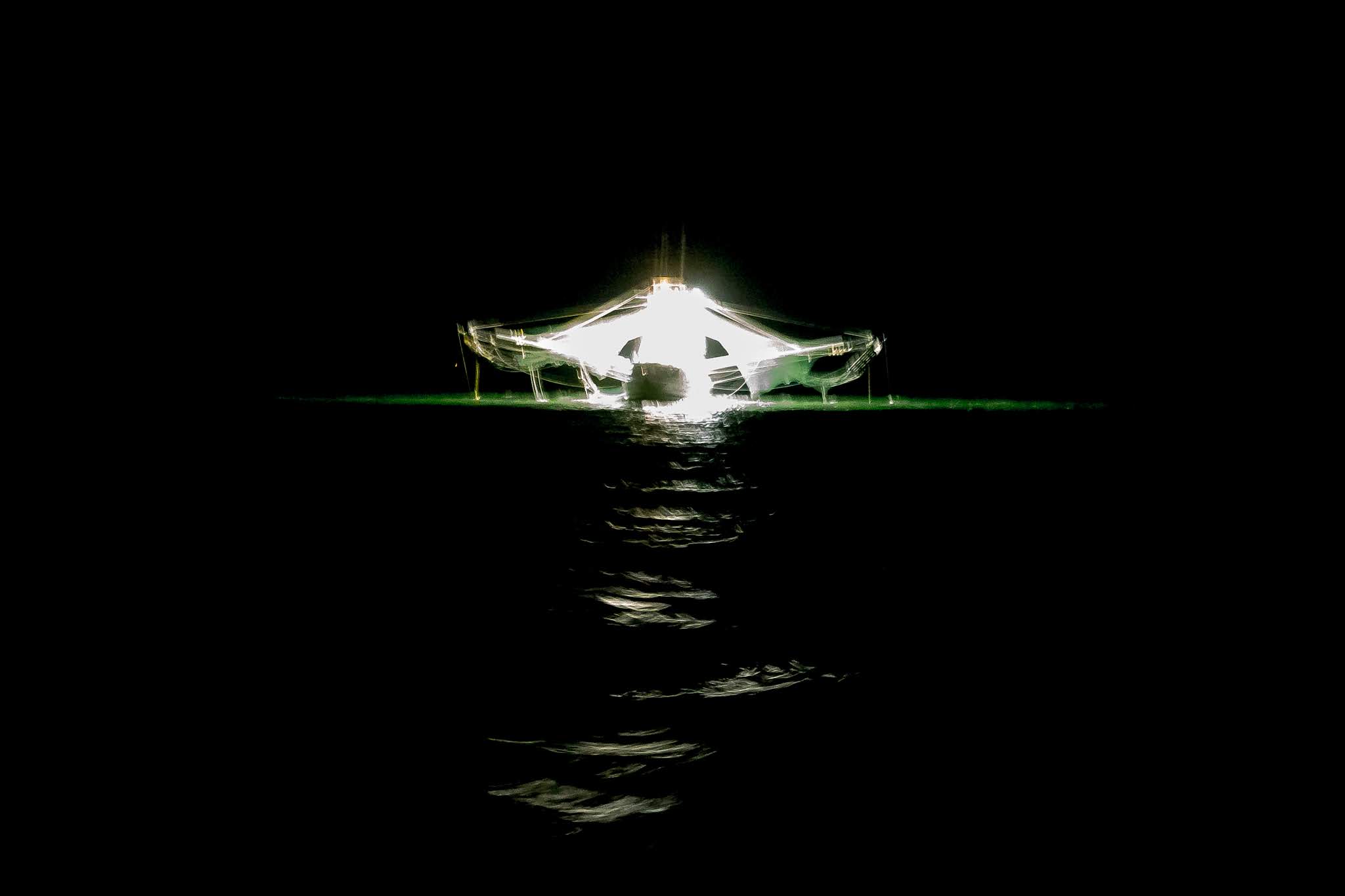 Then the fat moon that had been lighting the sky all night dropped below the horizon and everything went completely dark. It took a bit to acclimate to the black night - which brought about a renewed interest in the radar screen - , but after a couple of hours the sun made an appearance and all was well once again.

After a long night, the comfort that a sunrise brings is always soothing and always welcomed.


Here comes the sun, and I say
It's all right 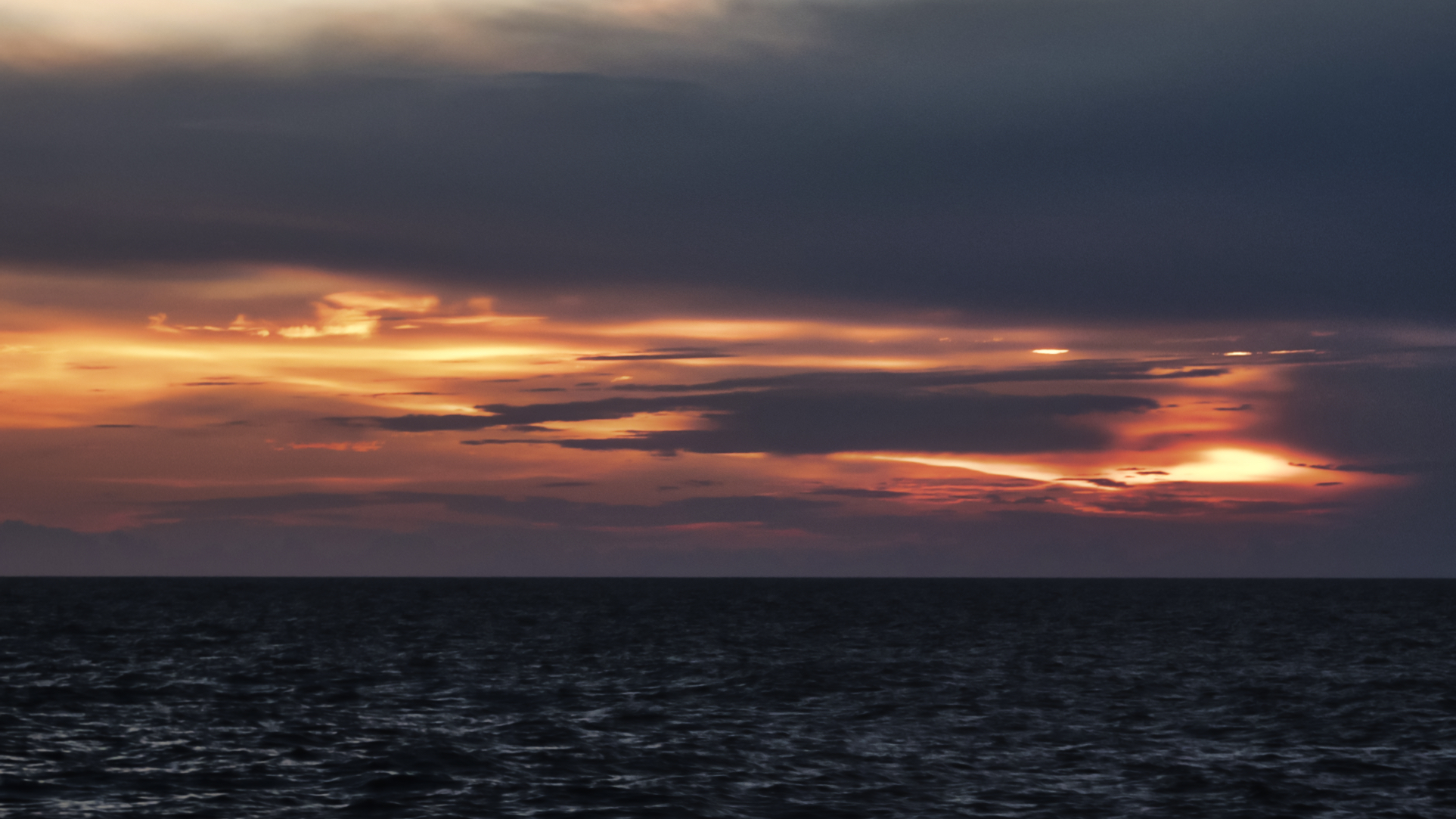 After a while we made the long approach to St Simons, turned, and once again motored under The Lanier Bridge to Brunswick Landing Marina. Ralph was waiting at our slip and after tying up and shutting down, Mel made one of her famous celebratory Bloodies. My tired old ass hosed some salt off the boat then caught a few Zzzzsss while the boys enjoyed their well deserved walk on dirt. 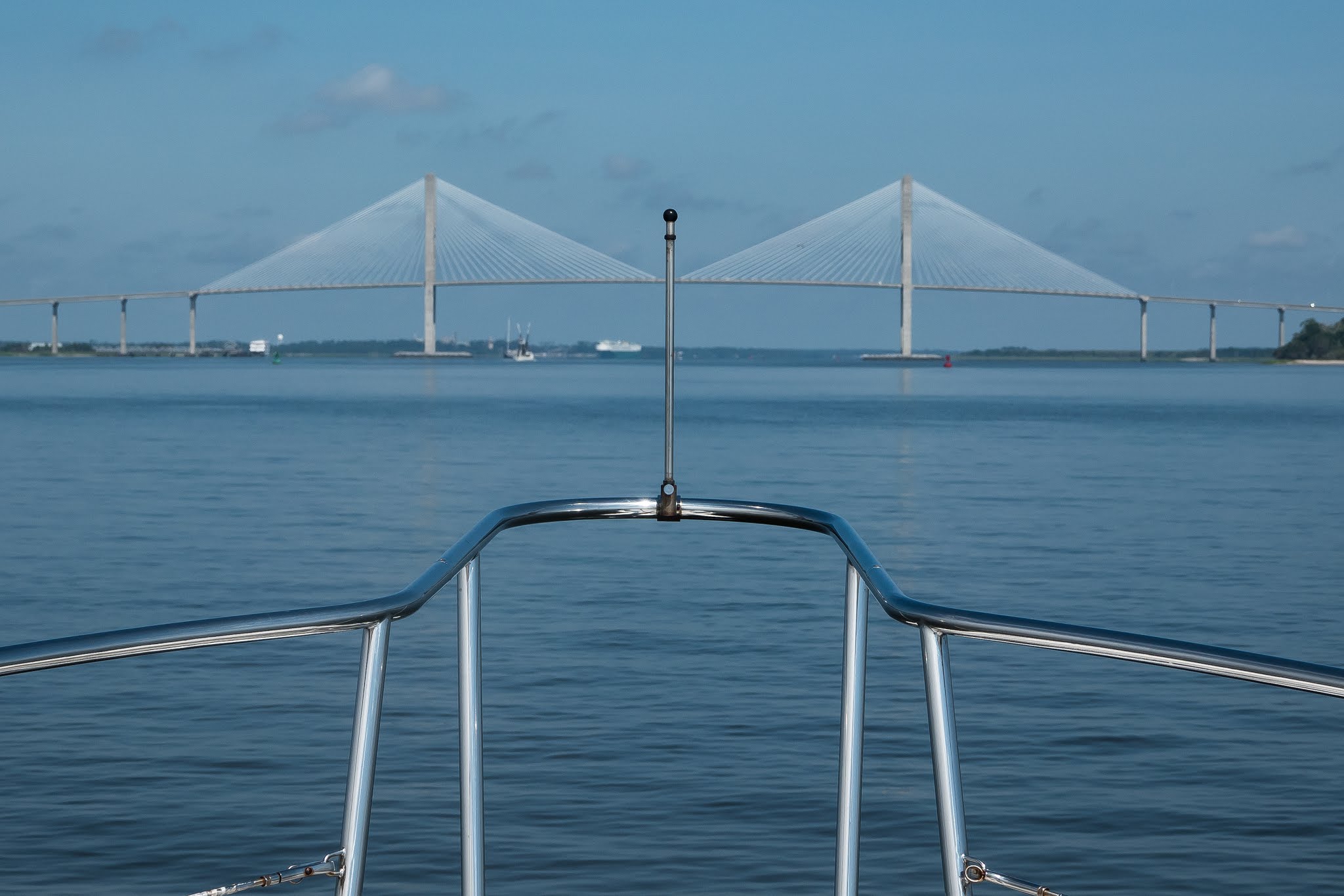 Just before falling asleep I was contemplating my weariness and calculating where we'd be if we had run the inside route.
N Palm Beach - Ft Pierce, Cocoa Village, then Daytona... then St Augustine... then a long day just to be where we are now. 4 days - Long, winding, skinny water — not to mention the fuel and marina costs.

So in hindsight; yes, we're fortunate to have the range, to be able to go damn near anywhere we'd like, and there is no better rest than that after a long sleepless night. And, yes, we're glad we did it, however — the ease that comes with a nice tie at a familiar marina can be mighty restful.

We're fortunate to be able to take advantage of either method ...  just not at the same time.


No binary thinkin' aboard Istaboa.

Radar? He did alright, though he'll never let on.